We know the secret of your success 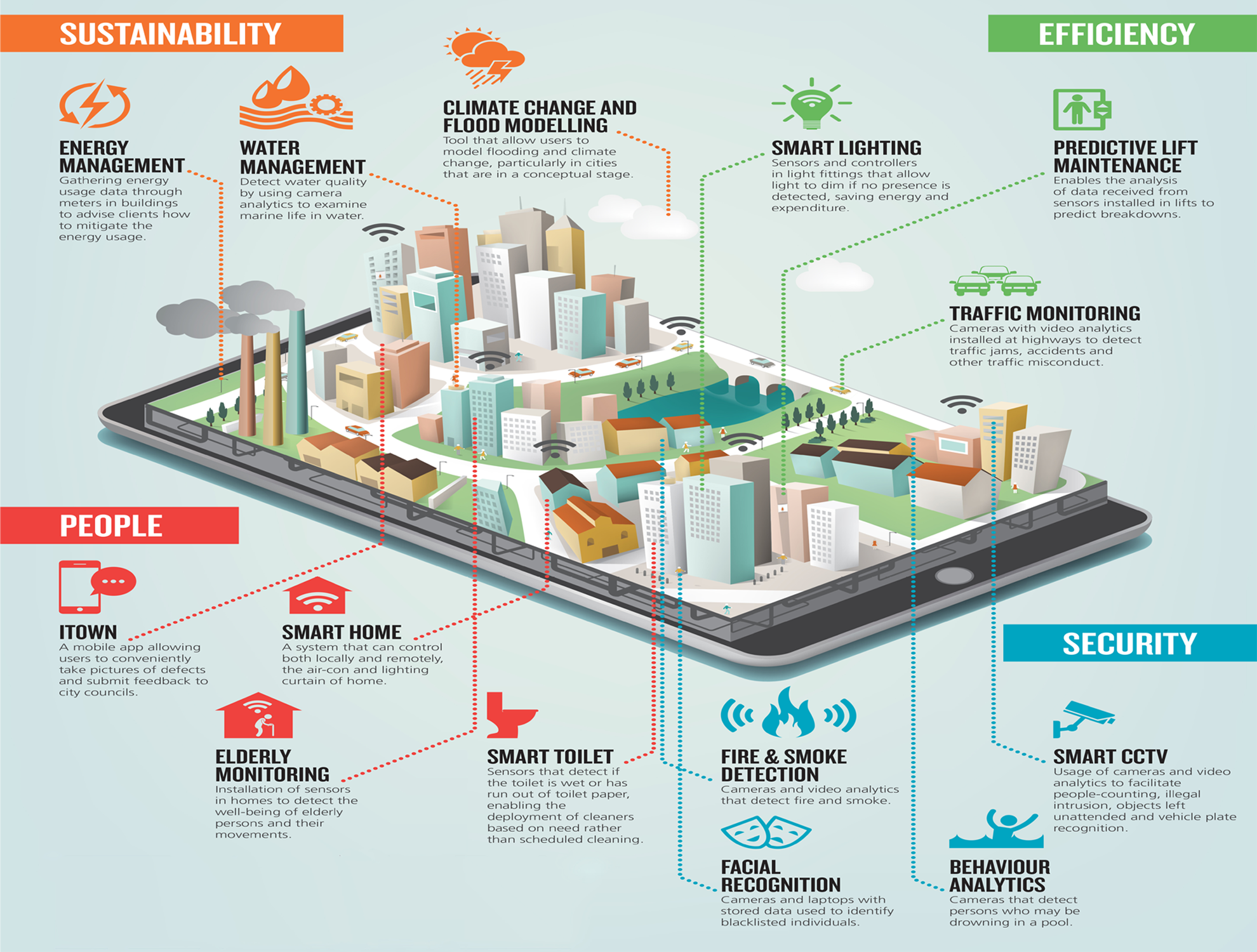 Smart cities is a very hot topic today and it’s continuing to gain popularity. In short – the goal is to create a platform that will be the ecosystem for data management and connectivity, used for launching a variety of integrated services that will be coordinated by the city government and city partners. Applications are almost limitless, with main focus on such areas as infrastructure, governance, safety, economy, “people services” (for citizens and visitors) and environment, with each of these further segmented into relevant “target sections”.

Many cities today already have public Wi-Fi networks deployed and such public Wi-Fi hotspots are one of the main building blocks of any Smart City ecosystem. Wi-Fi has already evolved to support a wide variety of city applications and large number of services, including specialized municipal applications, such as traffic management, surveillance and smart buildings. Wi-Fi in Smart Cities will have to be closely integrated with other technologies, such as LPWA (low power wide access) technologies and various personal area network applications.

The following are the areas in which analytics could have a profound effect on ‘Smart Cities’.

Predictive Analytics have been used in several cities across the world to help predict where crimes are likely to take place through historical data and geographical data.

It allows models to be built to maximize the accessibility of certain areas or services whilst minimizing the risk of overloading important elements of the city’s infrastructure. In Short, it creates efficiency.

Through using data like this throughout a transport network, it will create effective and flexible public transport, decreasing delays and increasing efficiency.

Water leaks can be detected and corrected and irrigation of parks can be optimized.